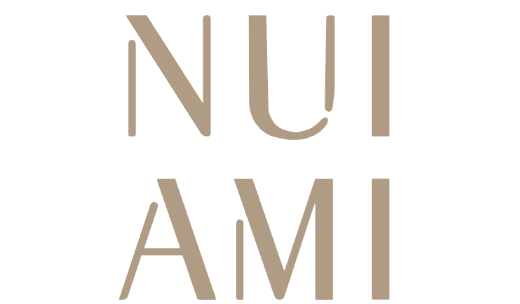 Sanjit Vallance founded her company, Nui Ami, in January 2014 and it’s a luxury brand selling contemporary sleepwear for women. Nui Ami has already exhibited at the Lingerie Edit show at the London Savoy in June 2015 and Sanjit is planning a formal launch of the label in autumn 2015.

Sanjit explains the thinking behind her brand, “I felt that sleepwear for women was either bordello or boring, with nothing in between and I wanted to create something that filled that gap. My aim is to take a modern approach, creating sleepwear that’s subtly sexy but also practical and easy to wear.”

Sanjit has the rag trade in her blood since her Indian grandparents started selling clothing from a market stall in Warrington and went on to run a successful chain of 30 shops across northwest England selling fast fashion. “I was brought up in an entrepreneurial family, and I was expected to pitch in and work on Saturdays”, remembers Sanjit.

Sanjit didn’t go straight into business but first studied, earning a degree in Geography from University College London and then working for several years in international property management. Her first foray into setting up on her own was when she started a wedding magazine business in Delhi, where she was living for a period. “That was successful and lasted for three years, says Sanjit. But then my husband and I moved back to London in 1999 and it wasn’t really practical to run the business from here.

Sanjit rejoined the family business for a time which had now become a property investment business with interests around the world, and subsequently went to work for a large corporation. “That was fine for a while, but I really wanted to have my own business,” explains Sanjit. “Ultimately, I felt that the corporate world wasn’t for me. I wanted to make my own decisions and to have a creative outlet.

“When it came to deciding what sort of business I wanted to start up, I started with a blank sheet,” Sanjit continues. “One day I looked in the window of a lingerie shop, and although the clothes were beautiful, they just weren’t the sort of thing that most normal women would wear regularly. That’s when my idea came to me.”

“I did a short course in lingerie design at University of the Arts London. But I still felt that I had a lot to learn about setting up a business, despite my extensive corporate and business experience. That’s where the Portobello Business Centre came in.”

“I’ve now spent a couple of years working on this idea, and during that time the Portobello Business Centre has been tremendously helpful, in particular the Centre’s fashion consultant David Jones.

“I went on the Business Centre course that David leads, the Fashion Masterclass. It’s a four-day course but David really packs that brief time full of an incredible amount of useful information about all aspects of starting your own fashion business. The course was also extremely useful because it provided me with a ready-made group of peers, people who were going through the same process as me but weren’t in direct competition.

“David has been absolutely critical through my whole journey and after the course I took up his offer to become my mentor for a year. During that time, he’s helped me with so many things from practical matters through to access to his amazing network of industry contacts.

Sanjit concludes with a few words of advice, “Starting up on your own is extremely hard work – it’s not a game. And if you’re thinking of launching a business – go to the Portobello Business Centre!”

14th October 2015 – PBC are delighted to announce that Nui Ami are a UKLA Finalists: New Designer of the Year. Details at: