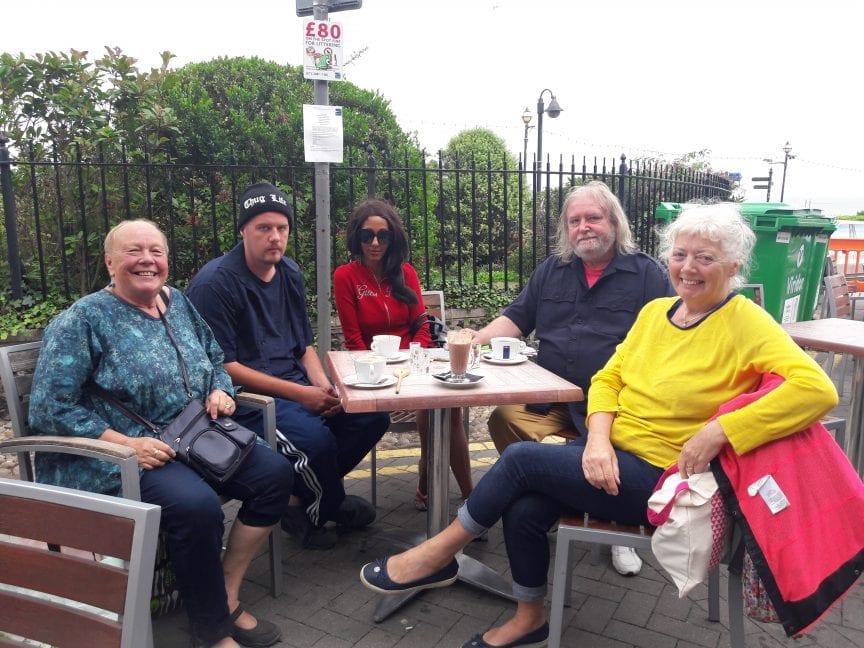 In March, Jeltje Pollock-Heevel will stand down as Chair of North Kensington & Chelsea Mental Health Carers Association after a long association with the charity in which she has successfully kept it alive, providing vital services in the most challenging of circumstances.

What does North Kensington & Chelsea Mental Health Carers Association do?

‘We provide respite care, information, advice and support for those caring for people with mental health conditions. We aim to provide services to carers that are informative and relaxing. For example, our monthly lecture, assertiveness training, trips to the opera at Holland Park, trips to the seaside, gardening sessions and laughter therapy. A key element is mutual support. Through us carers can listen, inform and help each other to cope and relax.

Why and how did you start at the charity?

‘When he was 40 my son had a psychotic nervous breakdown. I had to take care of him, but it was hard to find information. Finally, I found North Kensington & Chelsea Mental Health Carers Association and it was such a relief. I found the organisation to be supportive and informative. As they were always short-staffed, I became more involved, initially supporting the advocacy work. What I had been through was very traumatic and their work seemed very worthwhile.

‘Eventually, as people left, I was alone holding the baby. I had to keep it afloat and became Chair last February. Everything here is voluntary, we really need a fundraiser to come in, but carers are already so stretched.

‘Our funding comes from the local authority, but we were in a situation where they would fund us then we would use the money to pay rent to them for our monthly lecture event. So, we moved to Canalside House (Ladbroke Grove) and now host events there. Now we can use the money for more progressive things than paying rent.’

What drives you to run the charity?

‘With mental health services, people get treatment up to a certain point but is doesn’t extend to helping them with social and domestic skills so they often self-neglect. As a carer you realise there’s nobody else: you’re compelled, you don’t choose to be a carer. It is very stressful, it burdens people with things they get little support with.

‘For a thousand pounds a week a person in need of care is put into a house run by a private company, rather than the money being given to carers, who receive a pittance. This system is a money-making scheme. The carers’ allowance is a joke. Then there is the lack of after-care and the legal aid cuts make it impossible for people to address many of their problems.

How did PBC support you?

‘When I became Chair and realised how much work there was, I needed help. I was a nursery nurse, but this charity was a different level of paperwork. Records, budget, accounts, annual report…the three- and four-year olds I worked with are better on computers than I am.

‘Maria from PBC was a Godsend. I didn’t know how to apply for money or even write invoices. She showed me all of that. She was so helpful – I don’t know what I would have done without PBC, I would have gone under.’

How do you define success?

‘Success is when you do something you’re passionate about and you are able to sustain it. It’s also the little things, when you feel you’re connected to your community.

‘I see success as being a little brick in a big wall and being happy with that.’

Jeltje told us that her husband’s nose ‘is forever put out of joint’ because of the amount of hours she has had to invest to keep North Kensington & Chelsea Mental Health Carers Association alive, but that will change when she retires early this year. She will leave behind a charity that is providing invaluable support to scores of carers in West London.

Come at Canalside House (Ground Floor Meeting Room – No 13) and join them any 3rd Thursday of the month 6pm – 9pm.