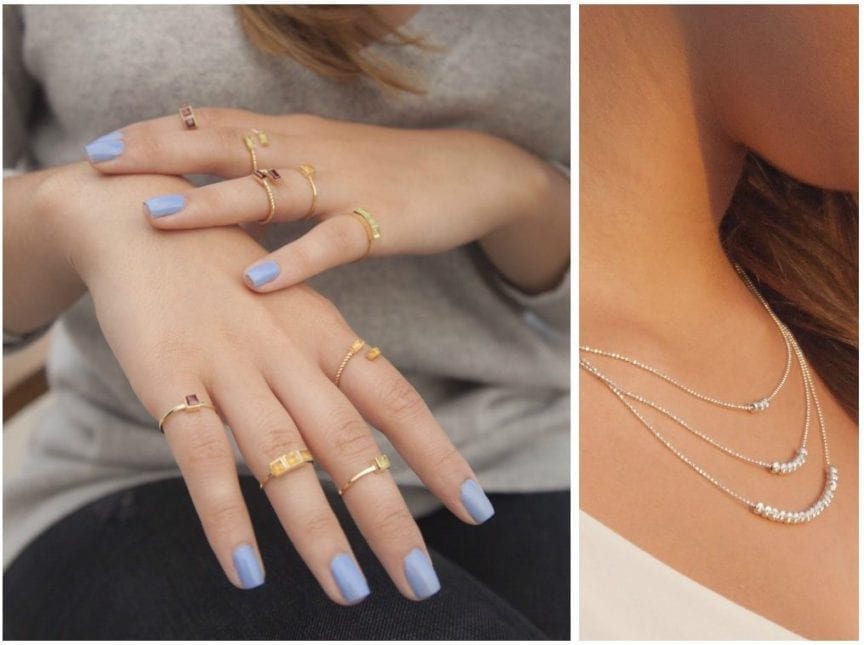 Nilufer Kizilkaya originally had her dream of starting up a jewellery business a decade ago but it was only in October 2014 that she launched GfG Jewellery, based in the Royal Borough of Kensington & Chelsea. GfG stands for Gifts from Gods, a phrase that does justice to the exquisite jewellery the company creates. The jewellery is made with precious metals and uses stones from around the world cut to GfG’s own specifications.

Nilufer was born in Istanbul then lived and studied in the Netherlands where she gained a degree at Amsterdam’s prestigious Vrije Universiteit Amsterdam. She then moved to London and worked at major international merchant bank Dresdner Kleinwort Wasserstein until 2010, followed by spells at Société Générale and ANZ. Despite this successful career, in August 2014 she decided it was time to take the leap into starting her own business.

“It certainly was a big step to take, turning my back on a successful career,” says Nilufer, “but it was one I’d been thinking about for a while. I really wanted to be involved in something that was creative and jewellery was the thing that appealed to me. I had enjoyed many aspects of working in banking, but as the years went by it became less of a pleasure and I wanted to find something that offered a creative outlet and more personal fulfilment.

“While I was still working I’d taken various courses such as a fashion marketing course at Chelsea College of Arts, so it was something that I had been preparing for. I originally started off with a partner in August 2014 after resigning from my job in July, but that didn’t work out so I continued on my own. I set up the company in October and at that point I was researching and turning my ideas into designs for the jewellery.

“Although I had plenty of financial experience, I needed to learn more about the fashion business so I went on the Portobello Business Centre’s four-day Fashion Masterclass led by David Jones. I really enjoyed the course, it was a great way to learn so much about how the fashion industry works in a short time.

“David’s extensive experience and knowledge of the fashion industry was really impressive and after the course, he started working with me as a consultant. He’s been able to give me pointers about the right direction to go in, he’s also helped me to see the pitfalls that I need to avoid.

“So far, my business has been going really well both online and with stockists. GfG jewellery is now selling through the Wolf & Badger shops in Notting Hill and Mayfair as well as on their website. They concentrate on independent luxury brands with something unique to offer, so I’m very pleased to be selling through them.

“I would advise anyone who’s thinking of starting a business to get in touch with the Portobello Business Centre and I plan to use their services again when I’m at the stage of expanding my business.”